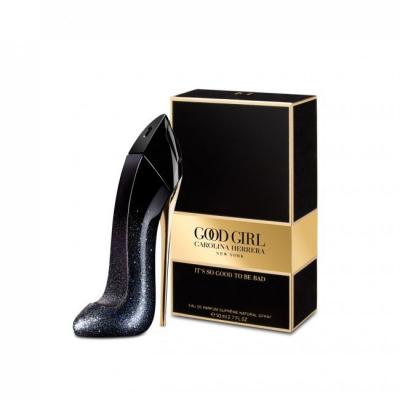 The drama club in my high school had organised a play. I was a part of the drama and had bagged a role in the play. We had spent over a month rehearsing one of Shakespeare’s famous plays, The Merchant of Venice. Everything was organised by the members of the drama and the teachers, along with a few volunteers.

When the day of the play came, parents, students and teachers were all waiting in the auditorium. We had turned the gymnasium near the auditorium into our makeshift green room. Everyone was running around in a frenzy, checking all the props and other arrangements on the stage. People playing various roles were getting ready, changing into their outfits, putting on makeup and spraying themselves with perfume.

It was after a few scenes had been acted out that we started to feel the heat getting to us. Despite the central air conditioning in the auditorium, all of us were sweating. It was mainly due to the heavy, old-fashioned outfits we were wearing. As I touched up my makeup for my next scene, I reached out for my perfume bottle only to find the glass bottle lying shattered on the floor beside my table. Realising that it must have fallen down when people were rushing to the auditorium, I looked around for my second perfume only to find out the bottle was empty.

My English teacher came in at that moment to tell me I had 5 minutes before my act. When I informed her of my situation and how I did not want to get up on the stage smelling of sweat, she reached into her purse and handed me an unsealed box. She left quickly after telling me to use her perfume.

The rectangular box she had handed me was black in colour. The edges of the box were golden. There was a thick, white strip running across the bottom half of the box. On the white strip, a black font read, “Good Girl – Carolina Herrera New York.” Under the white strip, a golden script over the black background read, “It’s so good to be bad.” The bottom of the box had the same golden font stating “Eau de Parfum – Natural Spray” and the capacity was said to be 80ml which is 2.7 fl. oz.

Venezuelan-American fashion designer Caroline Herrera founded her eponymous brand in 1980 in New York City. The brand offers ready-to-wear clothes, makeup, accessories and fragrances, which are all targeted towards women. Carolina Herrera released "The Good Girl" fragrance in 2016. The scent came in four different sizes – 30 ml, 50 ml, 80 ml and 150ml. Perfumer Louise Turner, who has also worked with other world-famous brands like Hugo Boss, Jimmy Choo and Versace, is credited with its creation.

The bottle I took out of the box was made of glass. What struck me as astonishing was the way in which the bottle was crafted. The bottle's design was like a high heel sandal. It had a midnight blue body. The heel of the sandal made of simple, black plastic from which a golden pencil heel extended to the ground. The bottle was a little perplexing since I could not figure out where the button to spray the perfume was. It was not until I realised I have to press the black part of the heel to spritz the fragrance.

The first spritz caused a hefty dose of the bergamots and lemons to assault my nose. The scent of coffee was very faint in comparison to the citrusy fruits whereas the almonds were barely noticeable at all. When the middle notes seeped into the air, the onslaught of the floral notes had me stupefied. The Bulgarian roses and the orange blossoms were definitely much more prominent than the other flowers. This time, however, I was able to pick out all of the middle notes in the mixture despite the jasmine sambac, the orris and the tuberose being a tad bit too overpowered by the orange blossoms and the Bulgarian roses. Finally, the base notes hit the air. They were a different fusion altogether. The creamy vanilla wrapped around the woodsy notes of cedar, sandalwood and cashmere wood with hints of musk was simply delightful. The balsamic notes of the praline and cacao mixed with the musk and amber were warm and cosy. The spicy cinnamon was sharp as it swirled around the sweet tonka beans and patchouli.

To say I was not expecting the fragrance to be so good would be an understatement. The rather extraordinary bottle had made me a little apprehensive about the fragrance. I was taken aback by how all the small combinations within the notes fused together to create such a sophisticated The Eau de Parfum without a doubt left a positive impression on people. The fragrance was strong enough to block out any sweat odour I might have had. The perfume lasted on my skin through the entire 3 and a half-hour of the play. It seemed to be wearing off at a very slow pace from my skin. The silage was just as incredible if not more. I had quite a few people ask me what I had sprayed onto myself since they loved the fragrance wafting around the stage and the gymnasium.

I am fairly sure the perfume would have lasted much longer if I had not showered when the play was over. There were still lingering traces of the wonderful scent on my skin even after I showered. I would recommend every woman to try this out at least once. It is nearly impossible to not fall in love with this warm, spicy yet sweet floral fragrance.

Here are my preferred ratings for this incredible perfume:

Here is a brief summary of my review of the Good Girl Eau de Parfum (2016) by Carolina Herrera to cut a long story short: