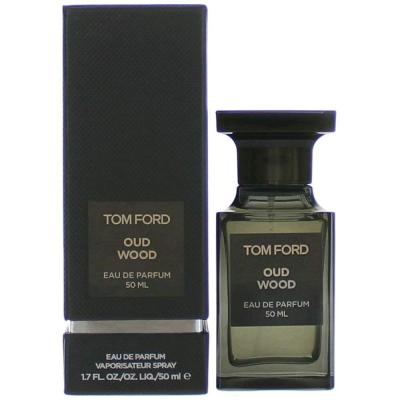 During my lunch hour, I was scouring through various websites to find a new fragrance for myself. I ended up on Tom Ford’s official website, where a picture of the perfume bottle of Oud Wood caught my eye. Going against all my beliefs about not judging a book by its cover, I immediately ordered a 100 ml bottle for myself, entranced by the picture of the intricately crafted bottle.

The American fashion house, Tom Ford SA, is the eponymous brand of the American fashion designer, Thomas Carlyle Ford or Tom Ford as he is more popularly known. Before establishing his brand in 2006, Ford used to work with two world-famous fashion houses, Gucci and Yves Saint Laurent, as their creative director. Ford’s brand offers a wide range of ready-to-wear, jewellery, fragrances, leather goods and footwear to its customers. Despite being only 15 years old, the brand, headquartered in New York, earns a skyrocketing amount of revenue and competes neck-to-neck with other famed fashion houses in the industry.

Hugo Boss, Boss for Him

I received the fragrance within four business days. At first look, the box was a rectangular cuboid covered in clear polythene. It was a greyish-black colour that closely resembles charcoal. The top cover of the box had a black sticker on the front side. It read “Tom Ford – Oud Wood Eau de Parfum – 100ml” in a shiny, silver font. On the other hand, the back of the top cover had a list of the perfume’s ingredients printed on a sticker. The bottom part of the box had a silver font reading, “Eau de Parfum – Vaporisateur Spray,” on the front side. Below that, the same silver font stated the quantity of the perfume to be 100ml (3.4 fl. oz.). The backside of the bottom part had the same silver font engraved on it to read out the company’s address. The top and bottom parts of the box had a tiny sliver of a silver gap in between. When I got rid of the polythene, I easily slid off the top cover to reveal the silver gap to be a platform upon which the bottle of perfume stood proudly.

The bottle was made of a smoky, black tinted glass. It had the same sticker containing the perfume's name on its front side as the box did.

There was a transparent stick inside the bottle, which seemed blurry because of the tinted, smoky glass. Meanwhile, the bottom of the bottle had a sticker stuck to it containing the company’s address and product code. The other sides of the bottle were empty. The cap of the bottle was made of shiny, black plastic. It was shaped like the top of a column pillar with a flat top. The top side of the cap had a small, rectangular mirror that had the brand name engraved on it.

The first spray from the bottle could only be described with one word – tantalizing. On one hand, there was the mixture of the woodsy notes.

The oud, which gave the fragrance its name, had a woody-nutty odour with a slightly musty scent. The vetiver notes were smoky and earthy at the same time. In contrast, the Brazilian rosewood had a rich woody tone, with slight floral undertones. The sandalwood had a soft yet rich, milky scent. All of these combined together gave off a strong, intoxicating aroma.

On the other hand, there were the spicy notes mixed with vanilla and amber. The ever-lasting bitterness of the cardamoms was mixed with the spicy and slightly citrusy notes of the Sichuan pepper and the green, grassy hints of the tonka beans. The creamy, sweet vanilla was wrapped around the sweet and powdery amber. The combination of these notes gave sharpness to the fragrance that instantly catches one’s attention.

When all of these nine elements fused together, it created a rich, woody aroma with sharp, spicy notes lingering around the air. Despite having eight other strong ingredients used alongside the oud, its smell was still distinguishable from all the other scents present in the perfume. The hefty dosages of the oud used in the making of this fragrance were detectable from the very first spray.

The Oud Wood has great longevity. It lasts quite a long time on my skin and attire. There have been instances where I could smell the Eau de Parfum on my shirt the day after I sprayed it onto myself. The woody scent has garnered me a lot of attention and compliments. The silage is just as incredible as its traces tend to drift around in the air long after the perfume was sprayed on.

The fragrance has garnered me a lot of compliments. I have been asked about it by both males and females alike due to how alluring the smell is. It is an impeccable choice for every occasion.

However, I have noticed that the fragrance tends to smell better and lasts longer during the fall and winter compared to the spring and summer. The only downfall about the perfume has to be its price to quantity ratio. As it is expensive, I only wear it to important, high-profile events.

Here are my preferred ratings for this enthralling Eau de Toilette:

Here is a brief summary of my review of the Oud Wood Eau de Parfum (2007) by Tom Ford to cut a long story short: