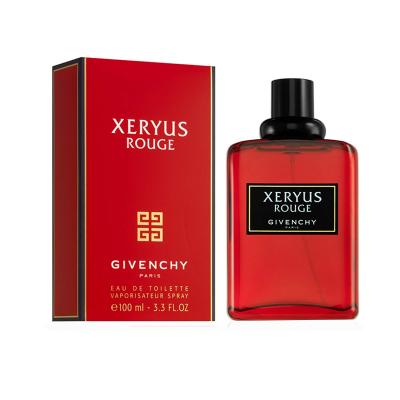 French fashion designer Hubert de Givenchy founded his eponymous brand in Paris, France, way back in 1952. The brand had launched a collection of apparel made from raw cotton when it first entered the market. As the brand became famous overnight and made a name for itself in the world of fashion, it diversified its product portfolio over the years, tapping into different market segments other than its haute couture clothing such as cosmetics, accessories and fragrances.

The fragrance section of the nearly 70 years old fashion house is targeted at both men and women, just like its other sections. The men’s perfume section has a wide selection on offer for customers. Here is a list of the best Givenchy perfumes men should try out before any other.

Pi is a creation of the Firmenich master perfumer, Alberto Morillas. Although launched in 1998, the perfume continues to get sold out even 23 years after its release. It happens to be the favourite of many men to date. With only thirteen ingredients used in its making, the incredible smell of the fragrance proves that thirteen is not always an unlucky number. It opens with strong dosages of mandarin oranges and rosemary and has floral tones in the middle notes. The best part happens to be the mixture of vanilla, cedar and tonka beans, with hints of almond drifting around in the base notes. With long-lasting longevity and strong silage, this is by far one of the best fragrances Givenchy has to offer.

The brilliant mind of Annick Menardo came up with the formula of Xeryus Rouge. The perfume was launched in 1995 yet continues to be popular among men even today. Made from only eight ingredients, the perfume has fresh notes with a tinge of spiciness from the presence of pimento in its middle notes. The woody and musky base notes are what makes it so famous with men. With its incredible, long-lasting longevity and strong silage, Xeryus Rouge is a perfect choice for autumn or wintery nights. The Eau de Toilette is found in three different sizes – 50 ml, 100 ml and 150 ml – so men can take a smaller size at first to test it out instead of directing purchasing a bigger bottle.

Alberto Morillas and Ilias Ermenidis were the masterminds behind the formulation of the Givenchy Pour Homme, which was released in 2002. The citrusy and woody perfume is ideal for day to day wear as the refreshing, citrusy notes masks in sweat odour for a reasonable amount of time. The lavender extract in the middle notes gives it a slightly floral hint which prevents the perfume from being too citrusy. Although the citrusy ingredients make people think it is a summer perfume, the fragrance is better for spring when the heat is yet to set in completely. The best part about the fragrance is that it is suitable for both formal and informal occasions.

The Insense Ultramarine comes in a glass bottle that contains an aqua liquid. Formulated in 1994 by perfumer Christian Mathieu, the perfume has fresh fruity-floral notes. Black currants, sage, mint, bergamots and watermelon, happen to be some of the most prominent top and middle notes of this fragrance. The tobacco drifting around the cedar and vetiver in the base notes gives it a rich, sweet smell. Flanked by its moderate silage and long-lasting longevity, this Eau de Toilette is best worn during summers and springs, especially since the fruity-floral fragrance does tend to go by undetected during winters when people have a stuffy nose.

The Symrise master perfumer Emilie Coppermann and Eurofragrance senior perfumer Lucas Sieuzac collaborated in 2008 to develop this genius piece. They used bergamots and mandarin oranges in the top notes to give the perfume a fresh scent. This soon gets overpowered by the intense and hefty dose of coffee in the middle notes, accompanied by the spicy pink pepper and piney Amyris. The deep, ambery labdanum and sweet tonka beans coupled with the smoky vetiver and earthy patchouli wrap up the fragrance impeccably. Its incredible longevity is one of the factors which made it popular among men after it was launched. This scent is ideally worn at night during falls and winters.

Alberto Morillas and Ilias Ermenidis created the Blue Label just like the original. It was launched in 2004. The Blue Label is spicy with citrusy nuances, unlike the original version, which is more woody and citrusy. Bergamots and grapefruits in the opening give the user a hint of freshness. The presence of cardamom and pepper in the middle notes is what gives the fragrance its spicy scent. The Artemisia gives it a bitter tinge while the lavender swirls around the mixture, giving a sweet floral scent to offset the bitterness. The balsamic olibanum drifts around the woody base notes of cedar and vetiver to wrap up the pleasant smell of the perfume. The perfume, with moderate longevity and silage, is better worn during summer and spring days.

The Monsieur de Givenchy is the oldest formula on this list, having been launched in 1959. The 62 years old fragrance was created by Givaudan perfumer Francis Fabron. It is a citrusy and spicy fragrance made with pepper, lemons, cinnamon, lavender, sandalwood, musk, and other ingredients. The hefty doses of pepper, lemons and cinnamon make it grab the attention of people passing by. In spite of being over half a century old, the fragrance remains a hit amongst men who deem it an exceptional masterpiece. The perfume is ideal for all types of occasions.

Although it is marketed as a summer and spring fragrance, it can be worn during any season.

These are seven of the best and famous men’s perfumes from Givenchy. Their age has not dulled their excellent formulation, which is why men should try these fragrances out in 2021. Due to the different aroma types of perfumes, there is hardly a chance of someone not finding at least one fragrance that they like.