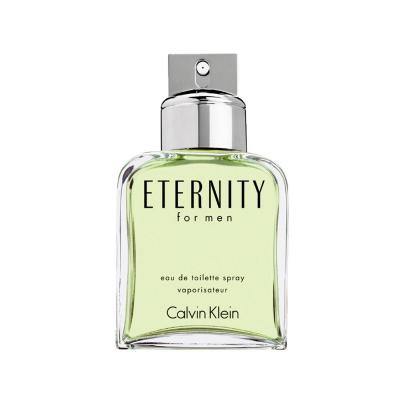 I was mindlessly scrolling through my social media, going through the posts I was tagged in by friends and family alike. A few of the posts caught my attention since they had one thing in common. It was not something outrageous. It was a perfume people were going gaga over.

Namely, it was Eternity for Men by Calvin Klein. People were continuously singing praises for this old classic and were recommending it to everyone.

American fashion designer Calvin Klein co-founded his eponymous fashion house with his childhood friend, Barry K. Schwartz. The brand offers an unlimited assortment of ready-to-wear apparel, haute couture, watches, accessories, leather, fragrances and home furnishings. Also, the brand’s headquarter is in the heart of Manhattan, New York City. The brand has gained a lot of popularity and fame during its 53 years of operation that is recognized by people all across the globe.

The Eternity fragrance was launched in 1990, a creation of the famous master perfumer Carlos Benaim. Benaim has also collaborated with well-known brands like Christian Dior, Giorgio Armani, Prada and Yves Saint Laurent. His L’Homme Libre from Yves Saint Laurent happens to be one of my all-time favourites. Eternity had two different variants on Calvin Klein’s official website – 50ml for $67 and 100ml for $85.

Seeing as this perfume was superb and I wanted a change from my regular fragrances, I ordered the 100ml bottle from the brand’s official website.

The delivery only took a couple of days, and I wasted no time unboxing my new fragrance. The perfume box was a rectangular cuboid covered in clear polythene. With a black coloured body, the box had silver edges. A bold, white font engraved on the top half of the box read, “Eternity for Men.” A little below the centre, the same font read, “Eau de Toilette Spray – Vaporisateur.” The brand name was printed right below that script followed by the perfume’s quantity in two different units on both of the bottom corners. The left corner stated the quantity to be 3.4 fl. oz. as the right corner had 100ml printed across it. The top of the box only had the brand name printed on it. The backside of the box contained a list of the ingredients used in its making along with the brand name and address of the company.

Taking off the polythene, I slid the square-shaped, glass bottle out of its spot in the box. The glass bottle contained a light-green liquid which almost made me miss the narrow, transparent stick inside it. Excluding the quantity of the fragrance, the front side of the bottle had the exact same inscription as the front side of the box. Unlike most perfume bottles, this one did not have a cap covering the spray head. The spray head – square-shaped and shiny silver in colour - stood proudly at the top of the bottle, waiting to be pressed down to release the fragrance from its contained space.

The master perfumer carefully picked out and used eighteen different elements in the formulation of this popular scent. The top notes include bergamots, lemons, mandarin oranges and lavender. Comprising the middle notes are sage, geranium, lily, jasmine, basil, lily-of-the-valley, juniper berries, coriander and orange blossom. Vetiver, amber, Brazilian rosewood, musk and sandalwood wrap up the base notes of the perfume.

The first spritz from the bottle brought out a combination of the citrus fruits and the floral hints of the lavender. It gave off a sense of soothing freshness. As the middle notes make their way into the mixture, I could smell the balsamic juniper berries swirling around the many floral scents from which I was only able to distinguish the orange blossoms, the jasmine and the geraniums. The spicy notes of the basil and coriander added a slight sharpness to the perfume without making it too strong for me.

When the base notes seeped into the mixture, I could finally understand why people are so crazy and hyped up about it even decades after its release. The woodsy notes of the vetiver, sandalwood and Brazilian rosewood made for a classic mixture when combined with the musk and amber. The mixture of these elements is delightful to smell on its own. When fused with the top and middle notes, the fragrance is straight up heavenly. It pulls together the perfume to give off a fresh, citrusy yet spicy smell with a woody scent wafting around and leaving a great aroma behind.

The Eternity became one of my most used perfumes for the next few days. Whether I was going for a morning walk, to my office for a conference meeting, to the grocery store or for a night out with friends on the weekend, I sprayed it onto myself without a second thought. I had quite a few people walk up to me with an excuse to talk and subtly ask about the perfume. Most have complimented my choice, calling the fragrance “extraordinary,” “pleasant” and “enchanting.”

There was one instance when I was at a restaurant where a redhead came up to me. I had just had the waiter inquire about my perfume too.

Assuming she was here to question the same, I just looked at her straight in the eyes and told her that it is Eternity for Men by Calvin Klein.

Surprisingly, unlike everyone else, she frowned at me and replied that she was here to request me to move a seat over so that I was not sat directly in front of the pedestal fan. The fan was causing the perfume to drift towards her, which she found to be headache-inducing and nauseating. I was taken aback by her comment but complied with her request nonetheless to refrain from causing her too much discomfort.

The Eternity has incredible longevity. I could smell the perfume lingering on my skin even after taking a shower. My room usually continues to have residues of the scent drifting around the air hours after it was sprayed which shows what great silage the Eau de Toilette has.

Here are my preferred ratings for this exquisite fragrance:

Here is a brief summary of my review of Eternity for Men (1990) by Calvin Klein to cut a long story short: