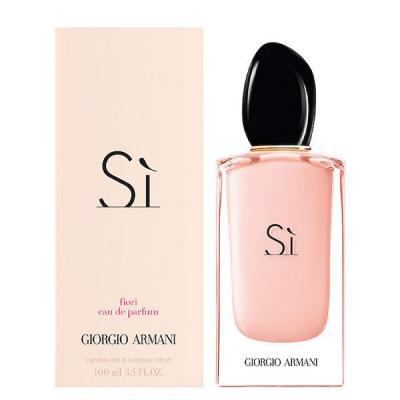 Working as an air hostess, you get to meet many different people on every single one of your journeys from one country to another. There are many people of various nationalities, races, colours, ethnicities etc., travelling across the globe, and you get to know a small part of them for the duration of the flight. Some of these people leave an impact on you because of their behaviour or personality. I had one such similar experience.

Believe it or not, the woman’s personality was not what had drawn my attention. Her perfume drifted around the air, which caught my attention as I was walking down the aisle, passing out refreshments. The scent was a little faded, which made me believe that it had been a while since she had sprayed it on, yet it piqued my interest nonetheless.

I did not inquire about the fragrance until it was time to pass out the food to the passengers. I complimented her perfume choice while handing the box of food to her. The friendly, middle-aged woman beamed at me, telling me how her nephew had presented her with the fragrance on her anniversary. She was all too happy to share the name of the scent, and I was impressed to find out it was “Si” by the renowned fashion house Giorgio Armani.

About Brand and Fragrance

Italian fashion designer, Giorgio Armani founded his brand, named after himself, in 1975. The brand’s product portfolio overflows with items ranging from haute couture, ready-wear and leather goods to eyewear, cosmetics and home interior. Armani has been a fast-rising brand and has rapidly become one of the most well-known fashion houses across the globe.

When our flight touched down at its destination, I waited till going to the hotel our team was staying at. After freshening up, I pulled out my laptop and looked up the perfume on Armani’s official website.

The fragrance, Si, was released in 2013. The bottle came in four different sizes – 10ml for $29, 30ml for $76, 50ml for $98 and 100ml for $128. Christine Nagel was behind the development of this particular Armani fragrance. I had previously tried a few of Nagel’s creations, such as “Versace Women” by Versace and “Sakura Cherry Blossom” by Jo Malone. I had ended up loving those. Hence, I was not surprised to see that I liked the faint traces of Si I had caught on the aircraft.

I ordered myself the 100ml bottle after making sure that I would be home on the day of the delivery according to my schedule. Now began the long waiting period.

Within a week, I was back at home, free from my air hostess duties for a couple of days till my next journey. I received my package a day after my return, and I was pretty excited to check it out. I had nearly snatched the cardboard box from the delivery man’s hand when I opened the door. It did not take me long to open the bigger box and dig through the paper stuffed inside to find the delicate, fragile item nestled inside safely. As soon as my fingers wrapped around the box, I quickly yet carefully took it out of its temporary home.

Opening the box, I took out a glass bottle containing a liquid in the same pale baby pink shade as the box. The glass bottle also had the perfume’s name written across the middle of the front side in black font. The bottom of the front side bore the brand’s name in the exact black text. The cap, keeping up with the theme, was made out of simple, black plastic. Altogether, the entire packaging was simple yet elegant and sophisticated.

Christine Nagel had used a selection of seven ingredients in the making of this Eau de Parfum. The top note was cassis only. On the other hand, the middle notes were may rose and freesia. Finally, the base notes were vanilla, ambroxan, patchouli and woody notes.

The first spritz brought out the smell of the cassis. To me, it was a rich mixture of black currants. Soon after, the fresh, floral notes of may rose, and freesias made their appearance. The roses did seem to overpower the freesias at this stage. When the base notes finally made their way into the fusion, I found out that I was right when I said this fragrance would not disappoint me. The musky, amber smell of the ambroxan was swirling around the dark, earthy patchouli. The scent was only enriched by the added creaminess of the vanilla and the woody notes. Seven did end up being a lucky number for Nagel, after all.

The fragrance lasted on my skin for around 7-8 hours which was a huge plus given that I had only sprayed on the bare minimum amount required. The silage is just as amazingly strong. The scent lingers for a long time once you leave the room. Though the perfume seemed to last a lot longer during the fall and winter seasons, it is still appropriate for all seasons.

Here are my preferred ratings for this remarkable Eau de Parfum:-

Here is a brief summary of my review of Si for Women (2013) by Giorgio Armani to cut a long story short: