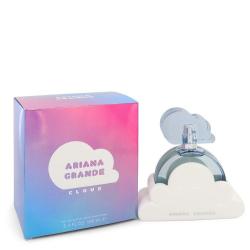 I had attended a concert by the American singer Ariana Grande's Sweetener world tour. I heard two girls talk about how amazing the Cloud Eau de Parfum by Ariana Grande smelt during that concert. I did not pay much heed to that conversation until I was standing at an Ulta store a couple of days later and looking right at a bottle of the perfume mentioned above. On a whim, I purchased a 100ml bottle before leaving the store.
+ Read more...