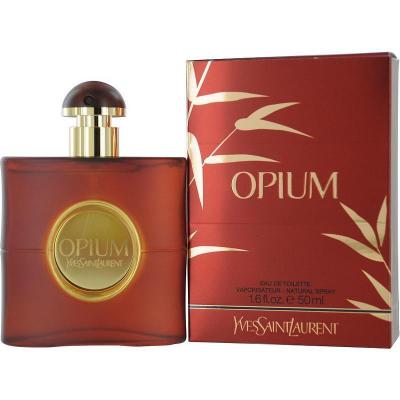 Going in for work that Monday, I had never expected to find all the staff waiting for me to arrive. I received hearty cheers and hugs from everyone. To say I was confused would be an understatement. I had no clue what had happened and what was causing everyone to congratulate me until my boss finally approached me with a white, sealed envelope. The letter inside declared me to be the new finance department manager.

I had been working for the company for nearly eight months at that time. Getting such a massive promotion in a relatively short time had me flabbergasted, so naturally, I did what anyone in my place would have done. “Alright, it is not even April right now. So what’s the catch?” I had asked, making everyone in the vicinity burst out into laughter. In my defence, I was only twenty-six at the time, and from what I had heard, the firm had never had a manager as young as I was.

Two weeks after my shocking promotion, my brother came over from Chicago to visit me. Between the laughs and jokes we shared, he presented me with a rectangular, gift-wrapped box. In a true brotherly manner, he grinned at me and told me that it was to help me from stinking so much. I had merely rolled my eyes at his joke and tore open the floral wrapping paper to reveal a red box covered in clear polythene.

Written in the middle of the front-side was the word “Opium” in gold, surrounded by a few gold leaf designs. Below that, the same gold font read “Eau de Toilette Vaporisateur Natural Spray”. The brand name, “Yves Saint Laurent,” was printed at the bottom of the front side.

The French fashion designer, Yves Saint Laurent, founded his eponymous brand with his partner, Pierre Berge, back in 1961. The fashion house has a wide range of products, ranging from ready-to-wear products and leather goods to jewellery and fragrances. Opium is one of the creations of the master perfumer Jean Amic, Jean-Louis Sieuzac and Raymond Chaillan under this world-famous brand. The bottle comes in four different sizes – 30ml for $62, 50ml for $77, 90ml for $104 and !25ml for $130.

Taking off the polythene and opening the box, a rectangular glass bottle slid out onto my hand. It contained a golden-yellow liquid inside. The red, plastic cap fit in with the entire red and gold theme of the perfume. On the body of the glass bottles, the perfume’s name and brand were written in a simple red font. Other than all of that, the bottle was rather plain-looking, which bummed me a little. I, however, did not let it show on my face because I still appreciated my brother’s loving gesture and did not want him to think otherwise.

Oh, boy! Was I in for yet another surprise when I first smelled the fragrance! By mixing a combination of thirty ingredients, the master perfumers had truly outdone themselves with this formula. The top notes included cloves, pepper, West Indian bay, bergamot, citruses, jasmine, coriander, mandarin oranges and plum. The middle notes were carnation, cinnamon, sandalwood, orris root, rose, patchouli, peach and lily-of-the-valley. Finally, incense, myrrh, sandalwood, coconut, vetiver, cedar, amber, opoponax, tolu balsam, benzoin, vanilla, labdanum, musk and castoreum wrapped up the base notes.

The opening notes which assaulted my sense of smell upon the first spray were the cloves, pepper, citruses, jasmine and mandarin oranges. It was a very spicy, citrusy scent with faint floral hints in the beginning. As the middle notes came in, the floral scent of jasmine got stronger due to the appearance of the rose, carnation and lily-of-the-valley. The cinnamon and sandalwood helped in giving the perfume a woodsy smell as the middle notes gradually started to settle in. Finally, the base notes were thrown into the combination, the vanilla, incense, coconut, cedar and musk being the most prominent amongst the others. I had a hard time detecting the rest of the notes separately. Overall, the fragrance was somewhat spicy, but the tones were perfectly balanced out due to the floral and citrusy notes.

My first time wearing the fragrance out in public was during a shopping trip to the mall with one of my friends, Nicole. I had picked her up from the front gates of her apartment building, and she had been quick in noticing the alluring scent wafting around inside the car. When I told her what perfume I had sprayed on, she nodded her head and said she was going to get herself a bottle of this enchanting fragrance. I had also been approached by a few people at the mall, inquiring about the fragrance. Smelling as wonderful as it does, the eau de toilette is bound to turn heads towards the one wearing it. It is one of those fragrances that smells really sharp or too sweet based on the ingredients list. However, the perfumers have done a great job balancing out the notes and preventing them from inducing a headache as many would expect.

The longevity of the Opium is superb. Even after spending hours at the mall and coming back home exhausted from my bones, I could still sense the notes of vanilla, musk, sandalwood and coconut lingering on my skin. The silage is just as incredible as the longevity. My room still had traces of the fragrance in the air the next day.

Here are my preferred ratings for the incredible perfume:

Here is a quick summary of my review of Opium for Women (1977) by Yves Saint Laurent to cut a long story short: