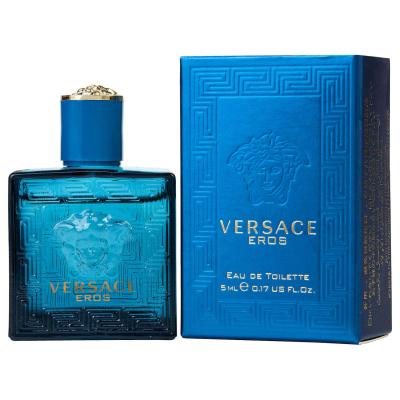 It was the third week of February when my boss announced that we would be having a celebration party two weeks later for our company’s 15th anniversary. Everyone was pretty hyped about this since the last celebration we had had was the pre-Christmas party before our official holiday for Christmas and New Year in December. It was not long before the office hallways were filled with excited whispers of people discussing what to wear and their expectations regarding the celebration.

I, on the contrary, was on the opposite side of the excitement scale. To start, I was not looking forward to the party at all. This was because it meant I would have to cancel the plans I had made in advance with a couple of my college friends who happened to be in the state. Secondly, it meant I needed a new suit seeing as how I had undoubtedly worn every single suit I owned to at least one of the parties thrown by the company. It honestly was not my fault that the company organized such functions every time we cracked a good deal which was more often than not.

Deciding to deal with my fate, I called up and cancelled my plans with my friends first. They were pretty bummed out but quite understanding of the situation. They easily let me off the hook after making me promise that I would make new plans after the company event. During this phone call with one of them, my clothing issue came up, and he suggested that I get a Versace suit.

Italian fashion designer Gianni Versace founded his eponymous brand back in 1978. The brand has a wide assortment of products to offer to its customers, such as clothing, fragrances, cosmetics, home furnishings, accessories, etc. Purchasing products from well-known brands like this was not a problem for me since I was paid a very decent salary. In fact, I was not unfamiliar with splurging on extravagant things that caught my eye.

I paid heed to the suggestion and purchased a new navy blue suit from the brand’s official website. When I was about to close the tab, the fragrance collection caught my eye. Thinking that a quick glance at the perfumes would not harm me, I checked out what they had to offer.

During my search, I came across a striking picture of the Eau de Parfum, Eros. It was said to be formulated by the perfumer Aurelien Guichard and launched in 2012. I had already spent a good amount of money on the suit, so one would think I would reconsider spending more. Did it, though? The answer is a crystal clear no. It did nothing stop me from placing an order for the perfume within five minutes of discovering it.

A week after I placed my orders, I received the products at my doorstep. The picture of the perfume bottle had had me enraptured, and I could not wait to try it on. However, I was still thinking rationally and tried on the suit first to ensure it fits perfectly. After all, the suit was more important for the party than the fragrance. When I was assured that the suit was the right size and everything fit perfectly, I sat down on my bed with the box containing the perfume.

The box was a turquoise colour with gold details. Engraved on the box was the infamous logo of Versace, the head of Medusa. Below the logo, a golden font read “Versace Eros Eau de Parfum – Natural Spray.” Right underneath that, the same font stated the quantity of the bottle to be 100ml or 3.4 US fl. oz.

The bottle inside was made of turquoise-coloured glass, the shade being the same as the box. The pattern design previously found on the box was engraved in the glass along with the brand logo. The front side of the box had the brand and perfume names on it in golden letters.

Meanwhile, the cap of the bottle is simple, turquoise-coloured plastic. The top of the cap, however, was golden and bore the Medusa head logo.

Aurelien Guichard used a set of eleven different ingredients to create this Eau de Parfum. The top notes were mint, green apple, and lemon. For the middle notes, he had used tonka bean, geranium, and ambroxan. Finally, the base notes included Madagascar vanilla, Virginian cedar, oakmoss, Atlas cedar, and vetiver.

The first spray caused my nose to be hit with a hefty dosage of the mint. The fruity green apples and the citrusy lemons were slightly overpowered by the mint but still quite distinguishable in the mixture. As that settled into the air, I detect the green grassy notes of the tonka beans mingled with the sweet, floral geranium. The musky amber odour of the ambroxan followed that quickly within a few seconds. Finally, my most favourite notes in the perfume came to play – creamy vanilla swirling around the woodsy cedars and smoky vetiver while the oakmoss adds a slight bitterness to the fusion.

On the day of the party, I donned on my new suit and sprayed myself with Eros. Whereas I had started off dreading this day, I was quite thrilled when I arrived at the office. Greeting people left, and right, they questioned me a handful of times about my fragrance. I always replied, “It is one of my go-to perfumes from my collection.” They did not need to know that I stumbled upon this masterpiece by accident. A simple, white lie hurts no one.

To say that I was hooked to the perfume would be a major understatement. The fragrance not only smells delightful but lasts on my skin for around 6-7 hours. The silage is just as great, if not more. The perfume was still floating around my bedroom hours later when I returned home, exhausted to my bones. It is a definite recommendation from me.

Here are my preferred ratings for this extraordinary creation:

Here is a quick summary of my review of Eros for Men (2012) by Versace to cut a long story short: