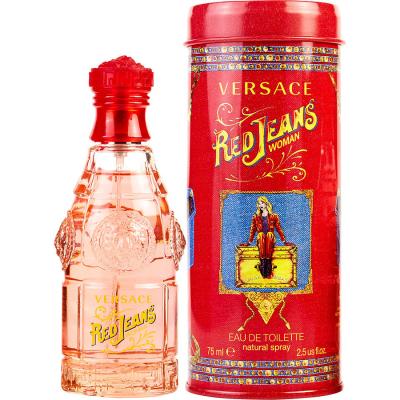 I had been thrilled when I got a call from one of my friends from college. A group of our college friends was having a mini-reunion dinner a week later, and I was invited. I had accepted the invitation in a heartbeat. It had been around five years since most of us had met one another, and it was going to be incredible getting to see them all again.

Two days before the party, I mentioned the reunion to one of my colleagues at work while asking for advice on what to wear. We had talked and decided that I would wear a simple yet elegant dress for the event. Neither did I want to look like I tried hard to impress my friends, nor did I want them to think that I did not put any effort into my appearance because I was not excited to see them. In addition, my colleague had told me she had the perfect perfume for me to use for the occasion. She had offered to buy it from me from the mall, which was on the way to her home.

The next day, I had a small Sephora bag in my hand containing my new perfume. Despite my attempts to pay her back for it, she refused to take the money from me. So I left the bag untouched for the rest of the day. As a matter of fact, I had barely checked the bag until the evening of the reunion. I had worn a mint-green, full-sleeved dress that fell to my knees. I had a white jacket to wear on top of it in case I got cold.

I had a white jacket to wear on top of it in case I got cold.

Taking the bag in my hands, I removed the paper napkins stuffed at the top to reveal a cylindrical, red tin. It had a yellow font reading “Versus Versace – Red Jeans Woman.” Below that writing was a blue square with a picture of a woman sitting on a treasure chest. Further down below, written in the aforementioned yellow script, were the words “Eau de Toilette – Natural Spray.” The bottle inside apparently had a capacity of 75ml (2.5 US fl. oz.).

Versace is one of the top fashion brands in the world. It was founded by the Italian fashion designer Gianni Versace in 1978. After he died in 1997, his sister, Donatella Versace, inherited a portion of the company and is still an artistic director of the company. The brand has a wide assortment of products to offer to its customers, such as clothing, fragrances, cosmetics, home furnishings, accessories, etc. The “Red Jeans” fragrance was launched in 1994, aimed at the female customers of the brand. It was created by the perfumer Jean-Pierre Bethouart.

Opening the cylindrical tin, I pulled out a glass bottle containing the perfume. The bottle was shaped like an alcohol bottle with the infamous Medusa head logo crafted on the top half of the bottle. The yellow script from before reading the perfume’s name on the bottom half of the bottle. The cap was a bright, cherry red colour with the brand logo engraved at the top. The entire packaging was a disaster, to say the least.

Regardless of how disappointed the packaging had made me, I decided to try the perfume on. Jean-Pierre Bethouart had used a bowl of twelve ingredients to create this fragrance. First, he used peach, apricot, freesia, and black currant as the top notes. Next, the middle notes included rose, violet, ylang-ylang, water lily, and lily-of-the-valley. Finally, he wrapped up the base notes were musk, vanilla, and sandalwood.

Upon the first spritz, the fruity scents of apricots and peaches were quick to assault my sense of smell, followed by the black currants and mild hints of freesias. As the top notes settled in slowly, the middle notes of roses, violets, and ylang-ylang hit the air. Both the water lilies and lily-of-the-valley were slower to make their appearance. The dry down was the only slightly pleasant smell to my nose. The woody sandalwood mixed with the musk was nicer to detect than the overly fruity-floral odour of the top and middle notes. The creamy soft notes of the vanilla were a delight to smell as it had always been a favourite of mine in any given perfume.

Even though I was not too fond of the perfume, I had already sprayed it on both my skin and my dress. So, I just decided to wing it and go to the reunion dinner.

My arrival was met with many enthusiastic cheers and hugs, with my friends telling me how much they had missed me. As we caught up with one another’s life, one of the girls softly asked me about my fragrance. The frown on her face when I revealed the name had momentarily confused me. Upon questioning her, she told me the perfume reminded her more of Aqua Allegoria Rosa Pop by Guerlain due to its overly fruity-floral scent.

By the end of the night, around 4-5 hours after I had sprayed the perfume on, it had entirely faded from my skin and dress. My bedroom did not have a single trace of my brand new scent. Thus, the longevity and silage were pretty average, in my opinion. Even though it is from a well-known brand, I personally do not think I would wear this perfume again, nor would I recommend this to anyone else.

Here are my preferred ratings for this perfume:

Here is a brief summary of my review of Red Jeans for Women (1994) by Versace to cut a long story short: